“Here’s to the crazy ones, the misfits, the rebels, the troublemakers, the round pegs in the square holes … the ones who see things differently — they’re not fond of rules, and they have no respect for the status quo. … You can quote them, disagree with them, glorify or vilify them, but the only thing you can’t do is ignore them because they change things. … They push the human race forward, and while some may see them as the crazy ones, we see genius, because the people who are crazy enough to think that they can change the world, are the ones who do.”

Everyone wants success, but not everyone wants to go through the struggles of what success brings. Success isn’t normal. There’s a reason why there’s a 1%. Everyone is not going to make it through. That’s why I find it ironic that being called crazy is such a derogative term. Normal people work a 9 to 5 and live paycheck to paycheck. Normal people buy things that they can’t afford and never really learn to be producers.

We live in a society where it’s safer to conform to mediocrity because it’s normal. Wake up, get the kids ready for school, go to a job you don’t like, come home, watch TV, and go to sleep. Do that for 65 years and then you retire. I hope after this post, you’ll realize how much more beneficial it is to be crazy.

You’ve heard of the phrase, “Think outside of the box.” Not only do crazy people think outside the box, they create the new box that normal people think in. It’s not to say that people have to innovate. There are also crazy people (like myself) who are willing to take something and try to make it better. When writing this, it doesn’t sound like a mind-blowing development, but try putting it in practice.

Authentic to a Fault

There are people who conform to be cool and people to portray themselves as non-conformist in order to seem cool. Crazy people don’t care about any of that. They would rather be original to their own sense of style rather than follow the crowd, or do the opposite just because they care about what other people think of them. Crazy people put their feelings about themselves over the perceived feelings that someone else would have.

Rules are made, but bad rules are made to be broken. If the rule doesn’t serve the common god, it’s something the crazy person disregards. This is hard for most people as we were basically raised to follow rules. Crazy people don’t follow the status quo. If the reason for a rule is that’s what we’ve always done, it’s not a good enough reason.

People who don’t recognize crazy people as innovators think they are sporadic. They believe that their great idea came out of nowhere, and they were just lucky. The opposite is true. Crazy people invent out of necessity. They see something wrong, and instead of wanting to endure the pain that so many other people have gone through, they decide to make the change.

One issue with normal people is that they are very certain about the things that they don’t know. Maybe they’ve had experience to be certain, but nothing is every constant. In other cases, they may not have any experience. Their bias makes the decision for them with little to no information. Crazy people are always learning. It may even get to the point that they are obsessed about one subject. We just call them specialists. Why Most People Don’t Reach Their Full Potential 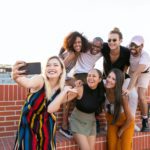 Why Surrounding Yourself with Positive People is So Important 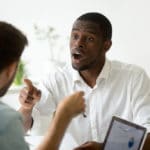 Why Arguing with People is Pointless 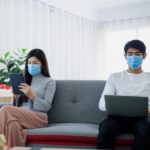 Why Do Some People Fear Intimacy?
The Newsletter
Sign up and receive insider offers and flash sales in your inbox every week