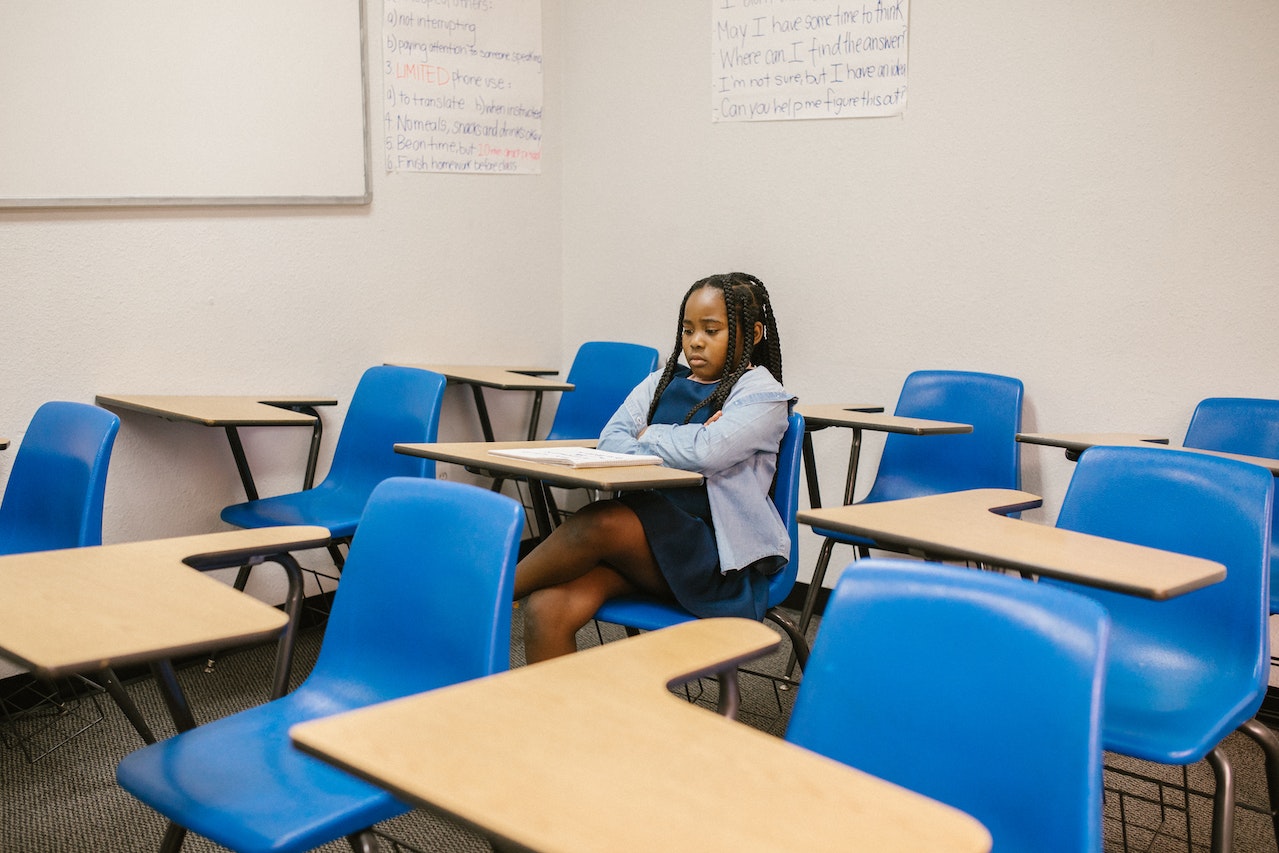 At some point we must realize that no one can hurt us. The only way we can get to this point from a non-ego perspective is forgiveness

With a world with no meaning comes inconsistencies. It’s a lot of not knowing and being afraid of the unknown. When something we perceive as bad happens to us, we tend to take it personally just because we can’t perceive it any other way. When we take things personally, we start to see ourselves as victims. It’s kind of silly to believe that we are victims in a world void of meaning, but let’s give each other grace. When talking about victimization in this case, we are leaning towards believing that we are a victim of our circumstances and that idea is something that defines us. With this belief, the victim believes their life is only controlled by outside forces, including other people.

The Different Aspects of Victimization

There are four characteristics of a victim that you can spot when you see the person. They will seek recognition for their victimization, be morally elite, lack empathy for the suffering of others, or will ruminate about past victimization. Being a victim doesn’t necessarily mean that one has gone through trauma. A person who sees themselves as a victim may have not gone through anything traumatic, while someone who has gone through trauma doesn’t necessarily see themselves as a victim.

Trauma occurs because the perceptively negative occurrence breaks our expectations of a good world. We would never possibly believe that something like this could happen to us. When you give the world meaning like good or bad, it’s a normal reaction to be a victim of trauma. It’s also normal to want justice against the offending party. These normalized reactions are something we want to change if we want to lead with love.

Nothing is good or bad in this world full of meaninglessness. If something bad happens to us, we have to work to find the good, find the love in our situation. Once we shine a light on it, the darkness fades away. We also very much value justice, but I believe it’s so much that we don’t value it when people have positive intentions. Rarely does one get rewarded for doing the right thing, but we always expect punishment for someone doing wrong. Instead of expecting justice, let’s choose forgiveness.

Being a victim also gives one a holier than though complex. It’s a separator that says, “I’m a virtuous person, and everyone else is a heathen.” In reality, it’s just another projection that tries to maintain a positive self-image by comparing themselves to other people based on morality. By believing this, they have the potential to harm by reflecting their pain as someone else attacking them. Without knowing that we are connected, it’s easy for this person to judge the other as threatening while not being able to see the threats they purport on their own.

Claiming to be a victim can also mean that you lack empathy for others who suffer. It’s another disconnection issue. To have no empathy for the struggles means that you’re somehow different. More accurately, it means that your pain is greater than the pain of others. We’ve concluded that it is simply not true. In the eyes of the victim, however, they are caught up in their pain that they are entitled to act discouragingly towards others. Well, if I’m not doing well, why should you? Because I don’t have happiness, I’m going to take away yours as well. Or, one could feel like they suffered so much, they don’t need to care about the suffering of others. It’s a selfish way of being.

Then there’s the case of an eye for an eye. As you can already tell where I’m going with this, it’s making the whole world blind. People believe that if they are hurt by a person, then they have the justification to harm the person back while showing a complete lack of empathy based on the reason that they are becoming even. This can be dangerous on a global scale. For the most part, we can see how oppression occurs and keeps getting perpetuated.

Let’s use the colonization of America as an example. I was taught in school that folks from Britain came to America in search of religious freedom. Even though they were able to move across the Atlantic, they weren’t able to escape from the rule of the British. It’s easy to say that they were oppressed by the old regime and thus sparked the American Revolution. As Britain was oppressing the newly formed country, America did a little oppressing on its own via slavery. To economically free themselves from the oppression of the Queen, they oppressed West African humans and used them as labor.

It’s perplexing that few saw the parallels. I guess it’s hard when you’ve created your ego based on outlasting the opposition. It’s the reason why the Declaration of Independence is so important. It’s why we celebrate on July 4th. Yet, the same founding fathers who felt victimized by Britain couldn’t see how they were victimizing another group of people. The great comedian, Dave Chapelle, brought up the hypocrisy in one of his stand-up specials, imitating Thomas Jefferson as he wrote, “…and liberty and justice for all” and then proceeded to command his slave to make him a sandwich. They lacked the same empathy. Even worst, refused to accept responsibility for inflicting harm on this group of people for years to come.

Ruminating about past trauma is probably the worst. I feel like this is what we are going through as a world population. A lot of “bad” things have happened to us. As a millennial, I’ve lived through a recession and a global pandemic. If I keep my mind on these things, I start to lose compassion towards people that may have caused the negativity. I think we’ve made it to the point where we have enemies. Enemies that we don’t even know personally.

Just look at the celebrities who’ve done wrong in the past and how the population calls for their cancellation. We forget that these folks are still people. We have to remember that the people in the prison system are still people. The increased victimhood of our culture has decreased our empathy, so much that people can’t even make mistakes anymore. If anyone does make a mistake, we kind of line up and yell “Shame!” like it’s an episode of Game of Thrones.

Keeping Up with Our Morality Through Bias

In a world where morality rules the day, the victim mindset feeds off two or more people trying to keep a moral perception of themselves. People are ready to fight for a moral self-image regardless if they believe they did something wrong. When conflict arises, perceptions start to flare as the people involved try to hold their moral ground. The offender tends to downplay the incident, whereas the victim hypes it up. Having a victim mindset purports this incident, especially when the incident isn’t real, to begin with. The victim forms biases in interpretation, attribution, and memory.  All of which makes it hard for the victim to forgive.

Interpretation bias refers to perceived offensiveness towards the victim when the offense is made. It can also refer to the anticipation of being hurt in ambiguous situations. For instance, I have an automatic sense of anxiety when I need to be around, or work with authority figures who’ve hurt me in the past. I feel like they are just going to hurt me again. It can be worse when we have a distrust for all authority figures based on the experience of one.

Attribution bias refers to the perceived intent of harm towards the offender and how much negative emotion is attributed because of that intent. An easier way of explaining this is that people usually put greater weight on an offense if they perceive whether or not it was intended to be harmful. An accident doesn’t hurt as much as some purposefully trying to cause harm.

Those who see themselves as a victim are also prone to the negativity bias that we talked about earlier on. We tend to remember only the negative during any situation. I believe it was Maya Angelou who said, “People will forget what you said. People forget what you did, but people will never forget how you made them feel.”When a negative occurrence happens to the victim, that feeling becomes permanent even if the situation or the people involved change. It’s the reason why someone who has been hurt in a relationship stays hurt regardless of how many people they come into contact with.

Forgiveness is the Answer

When you play the victim, you’re less likely to forgive. Instead, the victim would rather seek the opposite in revenge. The reason behind the revenge is the need for recognition when it comes to pain. We must make sure that the perpetrator knows that we were hurt and must be punished for their deeds. If everyone has this mindset, this could lead to destruction. Look at everyone in our history that caused harm. If you go through their backstory, you’ll see that they too saw themselves as victims and their actions as a way to get even.

If we want to make sure that our history’s travesties never happen again, we must remove ourselves from the victim mentality. The scale doesn’t matter. Negativity in your neighborhood is no different than the invasion of Ukraine. That might sound weird to you, but if we conclude that we forgive every bad thing that happens to us; big or small. We don’t have to live in a world where we fear that something will happen on a global scale.

What if instead, we treat our trauma as learning experiences? Every mistake is a learning experience. If we forgive the offender, we can see this person as a teacher. The lesson becomes a way to show compassion towards others because we know that their offense is an action out of their trauma. When we know that everyone struggles, it makes it easier to forgive.