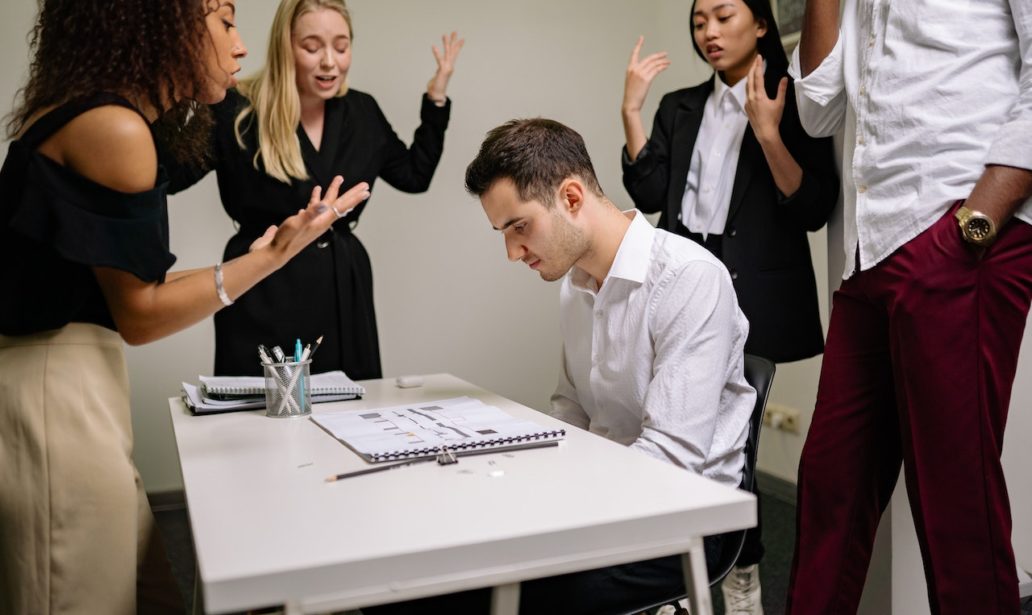 I remember a manager at one of my old places of work tell me that I was opinionated. I didn't really think much of it... until now.

Growing up, I always thought that I was different. I was the only boy growing up in a house of all girls. I didn’t have many friends outside of my day ones. When I was home, I typically spent most of the time by myself because my sisters and I didn’t have the same interests. I kind of prided myself on being different which grew into separateness as I got older. That separateness begot loneliness.

Knowledge is a double-edged sword. It’s great to gain new knowledge on things you didn’t know before, but it becomes a hindrance when we start using knowledge as a status symbol. Marketing is a real cesspool of opinions packaged up as objectivity. People make a living throwing out their opinion as fact because many people don’t know any better.  You can find it in the fitness world as well. It’s one thing to gather different perspectives to decide for yourself. It’s another to say I’m wrong and you’re right. That causes separation. If you what separation looks like, just head over to Twitter. I had a person disagree with me because I agreed with her.

Seeing myself in someone else goes a bit beyond empathy. For me, it means acknowledging when someone does something that I don’t necessarily agree with or condone such as hurting themselves and others that at some point in life, I’ve done the same. There’s a saying that we can only see things within others that we see within us. It’s a statement that’s hard to come to grips with. How can the same as someone who annoys me, or someone who has caused harm?

It might be hard to see ourselves in celebrities, especially we see negativity come on a massive scale. I don’t know if scale is a factor. I don’t think a person that has a large platform is eviler than a person who harms someone on the street. If we’re all connected, then harming one means harming all. If we can forgive the person who’s harmed us in isolation, we can forgive the same people we are trying to cancel.

We tend to learn more about ourselves through our relationships. Our triggers and dislikes can only occur concerning others because they are the exact traits that we hate to see in ourselves. Think of a trait you dislike. Say you don’t like cheaters. It may be because of an experience you had when cheating. Because you hate that characteristic in yourself, you don’t want to see it in other people. It might not be a trigger, but an experience that you don’t care to relive. Fear of abandonment due to a past event might make it feel as though you can’t trust anyone. Once we start to have compassion for ourselves and others, can we be around people who agitate us without judgment on our part?

I’ve learned a lot about compassion, but I’ve started to realize that my compassion has been conditional. When we talk about walking in someone else’s shoes, we only talk about someone who needs help. It’s very easy to be compassionate towards people that invoke a sad emotion like someone who may be in need. It’s another thing to be compassionate about a person who only agitates us. I’m not writing this telling you that finding compassion for what you despise is going to be easy, but that’s why understanding and love go hand in hand. It’s about understanding their pain and their fears and knowing that you go through the same struggles. It doesn’t matter how you look, what income bracket you’re in, or how many followers you have on Instagram.

No One Asked for Your Opinion

Earlier I talked about how easy it was for me to form an opinion. It’s one thing to have an opinion. It’s another thing to constantly judge everything. If I were to be more truthful with myself, I would probably say that I was more full of judgment than opinionated.

It’s crazy how we’re quick to judge. It’s even crazier how our meaningless judgments become our identity. It surely was mine. I was the guy who knew marketing and judged anyone who I thought didn’t know what they were doing. Being judgemental meant that I was taking my perspective on the situation and making it a reality. Instead of saying that something was trash, it would have been better to say that I didn’t like this or that.

I remember my mom trying to teach me this lesson when I was a child. We were at a holiday potluck where different people brought different types of food to contribute to the feast. I’m not the biggest fan of potlucks because I don’t like too many options, nor do I enjoy packing my plate with too much food. That’s kind of beyond the point. I took a little bit of food and headed back to the table next to where my mom was sitting. I don’t remember what I tried, but I said the food was nasty. My mom quickly corrected me by saying, “You shouldn’t say that. You should say that you don’t like that, not that it’s nasty.” It was a lesson that I wish stuck with me as I grew older. I guess I needed more of a consequence than having someone be disheartened that I thought their food was nasty.

So why did I use these words instead of what my mom taught me? The blanket statement of trash is probably how I would see myself. I was my own greatest critic and that criticism was projected onto others. There was a time in life when I was hard on myself for making mistakes. As a creative, I would write and record a song. Listen to it and hate it. I would call it “trash” even without acknowledging that I had the skill set to do it.

I hope my judging days have come to an end. With the knowledge of all of us being connected, I don’t want to harm myself by harming others. I also want to keep with the golden rule of treating others as I would treat myself. When I judge something or someone, I have to remember that I’m probably judging myself in the same manner. These judgment statements have no meaning.