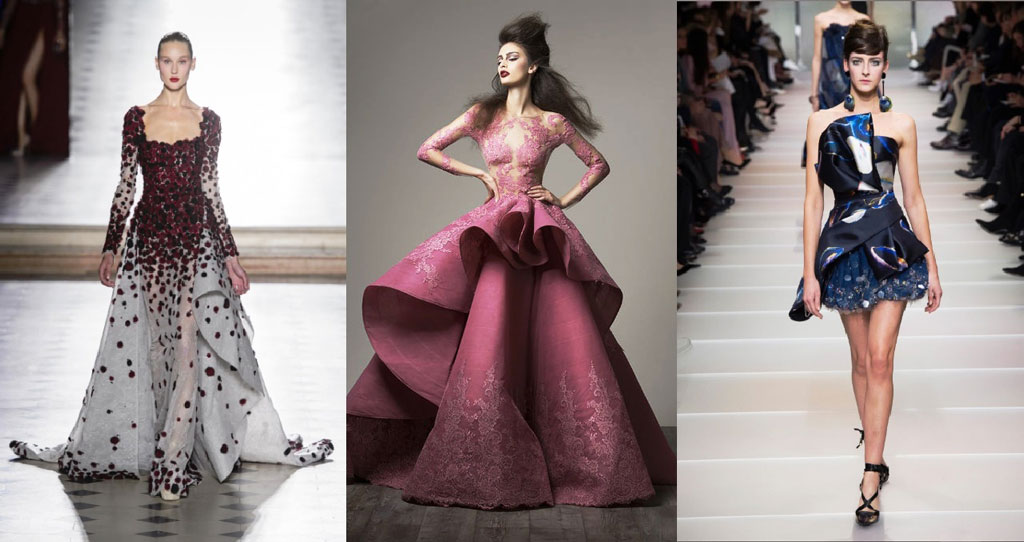 “Couture”, or “Haute couture” as it’s originally known as, is namely fashion at its highest. In this article we will be looking at why it’s becoming more and more famous among women. I will also dive a little in the meaning of the term itself. Whether you are in a dilemma of trying your hands at that new trend, or aren’t familiar with this word at all, read on.

See you at the bottom of the article.

The term “Couture” derives from French – which you may have noticed it by now. “Haute couture” means “High fashion”, from “haute” meaning “high” and “couture” – being engaged with fabrics and sewing. “Couture” is mainly associated with high quality fabrics and involves sewing the entire piece of clothing entirely by hand. It requires great imagination and focus on every detail, making it a somewhat of a niche market. But even though it’s deemed “elite”, it’s rapidly gaining more and more interest.

In order to be a couturier, you need to be certified by the Chambre Syndicale de la Haute Couture and follow a few special rules. There are only eleven couturiers and four correspondent members, thus making it an extremely elite form of fashion.

Allows You to Stand out of the Crowd

That’s one of the main reasons couture is becoming more famous. Because each of clothing is carefully sewn by hand, it allows you to truly have a suit that can express your personality. Standing out is easier as the chances of somebody else appearing dressed the same way as you are quite low. The clothes are designed especially for private clients. You should have loads of fittings throughout the process, in order to make your clothes emphasize you.

Each season a new collection presented by each couturier contains at least thirty five models for day and night. This allows you to have a huge choice of styles that can compliment your looks any time of the day. Furthermore, as it is associated with a certain season, it can definitely place you under the spotlight on many occasions.

Appearing at an event in the clothes of a famous couturie like Christian Dior, Franck Sorbier, or Jean Paul Gaultier is certain to guarantee you attention. Dressing this way is a symbol of belonging to a high class society and it can mean two things. First, you can afford it, and, more importantly, you are bold enough to express yourself.

It is the True Essence of Fashion

According to Galia Lahav, who was only recently invited to review her models in Paris, the methods, used in couture, such as the quality of the fabric and the quality of technique, are “the foundation of fashion; they are the roots.” Fashion has always been a form of art, of dream, even, where expression is key to everything.

The techniques used in couture are, strictly speaking, archaic. Nowadays, when quantity is essential, the production is focused on standardizing and sewing everything up by a machine. This means that this is a form of fashion that can create a certain type of a hole in our time. By owning a piece of clothing by a couturier you have the chance to experience an entire form of culture.

Shows You Have Authentic Taste

Nowadays having a taste for the “bizarre” (as couture is commonly thought of) is a symbol of your ability to perceive culture. While we’re being flooded with many one-time hits and trends, couture is way more than that. If you show interest, this means that you are more experienced in a cultural way than most of your peers.

It’s Looking Forward to the Future

In point number six we talked about how couture is using somewhat archaic techniques to sew its designs. Well, there’s more to it than that. It is looking forward to the future, as this form of fashion is setting the to-be trends after a few years.

There are Many People Working on Your Clothes

When we speak of couture, we speak mainly of the designers and their imaginations. Often tend to forget that there are many people who stand by their side, day and night. We must always keep in mind that this is a product of many people whom have devoted their lives to perfecting their craftsmanship. Whether they are tailors, seamstresses or ateliers, there are so many people who have put in work so you could wear an amazing outfit. Every model is like a child of theirs, making it extremely special and rare gift is bestowed to you. And this is a feeling that’s not easy to experience.

And there you have it. Many people seem to think that couture is dying along due to the standard low quality of fashion products. A lot of haute couture houses and designers have officially closed doors due to the lack of interest and ability to generate financial income. Recently this way of fashion is experiencing a form of rebirth, as many people have started to appreciate the true art of haute couture. Why not become one of them yourself?