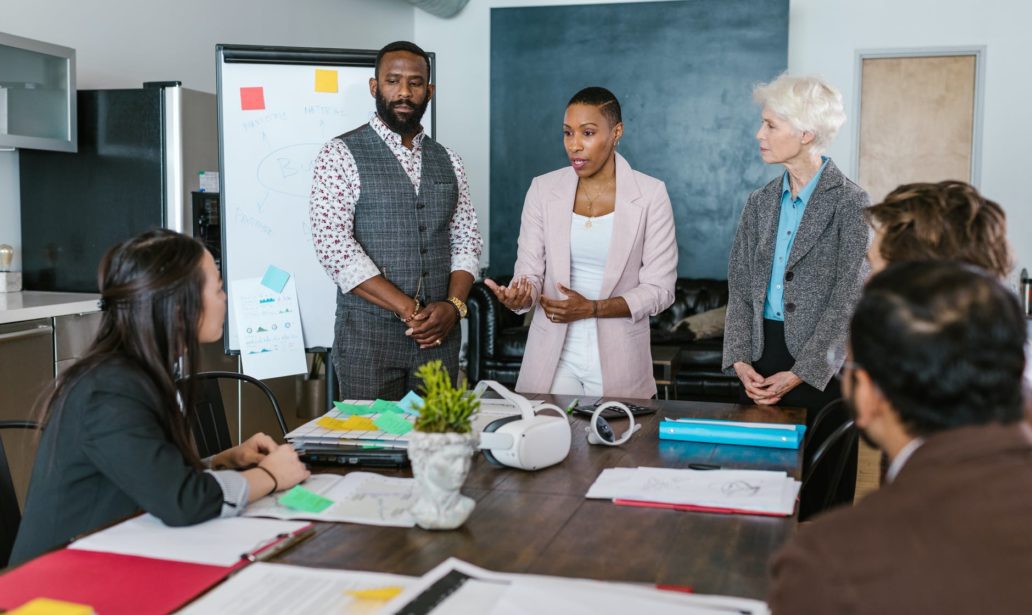 If I were to describe myself as a leader, it would be a servant leader. I think I have a tough time establishing myself as a leader because of it. Yet, it aligns so much with who I am. It’s so different than what prototypical leader is meant to be. So, what is a servant leader? Servant leadership is the philosophy built on the belief that serving others is the most effective way of being a leader. rather than accruing power or taking control.

The Definition of a Servant Leader

The term servant leader was coined by management expert Robert K. Greenleaf in his essay, “The Servant Leader” published in 1970. The idea of this servant leader actually came from a book entitled Journey to the East by Hermann Hesse. The novel tells a story of a group of characters looking for the “ultimate truth.” During the voyage, the servant in charge of taking care of the group’s needs disappears. Without the servant, the group bickers and quits the quest for the ultimate truth. By the end of the story, it turns out the servant was actually the leader of the group, and the group members failed to complete the quest without him.

Greenleaf describes a servant leader as one who is not motivated by the traditional manifestations of power:

The servant leader is servant first … It begins with the natural feeling that one wants to serve. … Then conscious choice brings one to aspire to lead. That person is sharply different from one who is leader first, perhaps because of the need to assuage an unusual power drive or to acquire material possessions. …

… The difference manifests itself in the care taken by the servant-first to make sure that other people’s highest priority needs are being served. The best test, and difficult to administer, is: Do those served grow as persons? … [and become] more autonomous, more likely themselves to become servants?

Servant leaders take responsibility for the needs and desires of other people. The lack of hierarchy allows servant leaders to also promote the value of their subordinates. The servant leader always looks for outside help setting goals, building teams, and solving problems. They do this knowing that the final decision always belongs to he/she whom is the leader.

I believe the reason why being a servant leader is so core to me is because it’s the type of leadership that highlighted in multiple religions. When it comes to Taoism, Chinese philosopher Laozi described the highest ruler as someone who deflects attention. For instance, he mentions the virtue of not taking credit for things that are accomplished. Instead, he says that we have achieved, instead of I. I have a special connection with his book, Tao Te Ching.

I was also raised Christian. The ultimate example of a servant leader was Jesus. In the gospel of Mark, Jesus is recorded to have said to his disciples,

“You know that those who are regarded as rulers of the Gentiles lord it over them, and their high officials exercise authority over them. Not so with you. Instead, whoever wants to become great among you must be your servant, and whoever wants to be first must be slave of all. For even the Son of Man did not come to be served, but to serve, and to give his life as a ransom for many.”

Pros and Cons of Servant Leadership

Servant leadership is the style of leadership that I’ve chosen to adopt. It does come with some hurdles. Servant leadership promotes a more ethical boss and employee relationship just by the nature of not needing, or even wanting, power. Employees treated with greater respect means higher loyalty to the organization, and the ability to expand on different ideas and solutions, as the ideas aren’t coming from one person.

A person would need a special personality to become a servant leader. It takes a lot of humbleness. The consequence to becoming a servant leader is that it can minimize the authority of leader. That’s not a problem in a hierarchical sense. Any advice intended to help can be undercut because perception of a lack of authority. Servant leadership also takes patience. In the short-term, one may not see the impact of a servant leader because the norm is to take charge. If there is little patience with the servant leader, there may not be enough time to see the leader blossom into who they truly are.