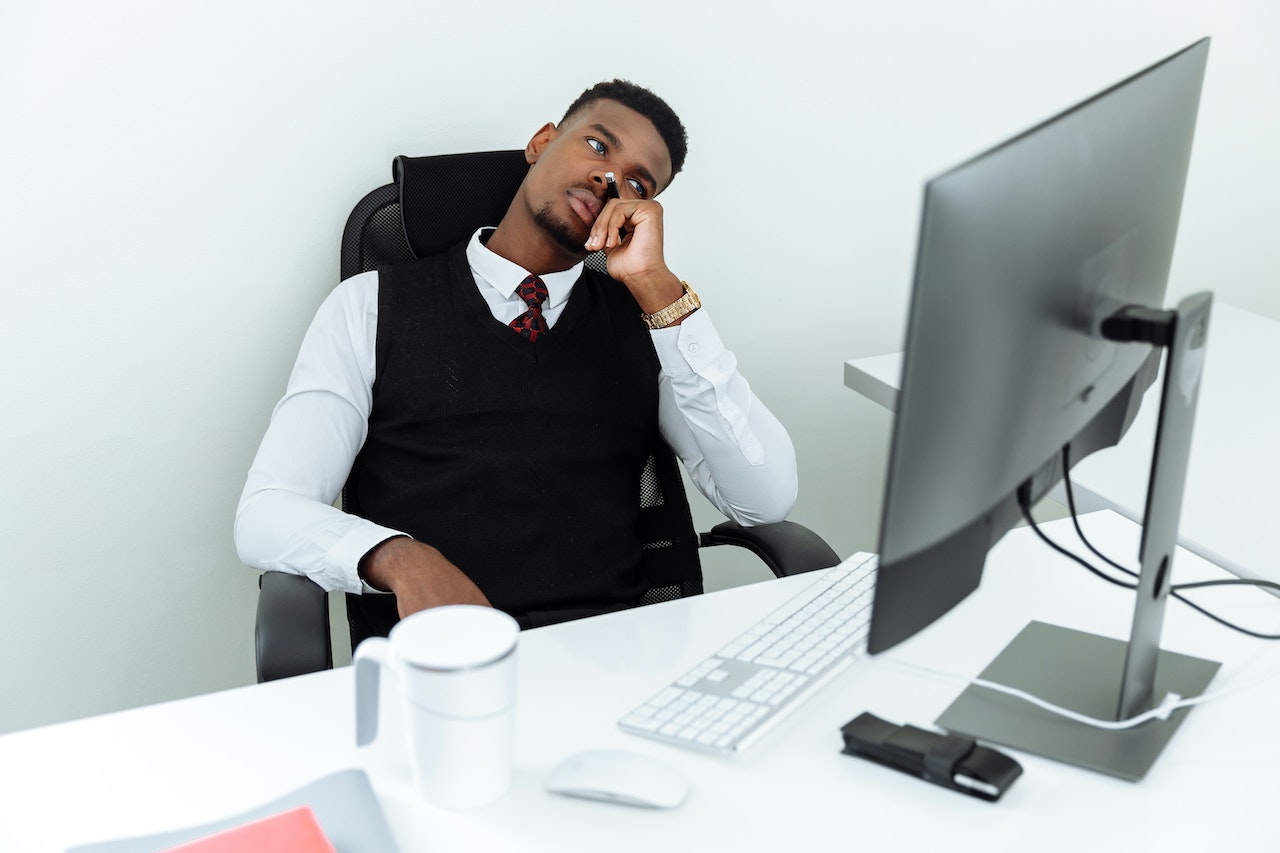 I'm deeply trying to practice the power of choice in my life. As I work my way forward, I've found connections between work and slavery.

Before I start, I understand just by the title that this article could be a little spicy for some. I apologize in advance. If you go to my LinkedIn page, you’ll see that one of the ways I describe myself is as a servant. I’ve started to realize why I haven’t had the greatest relationship with work. It’s hard to fall in love with work because of the obligation that sometimes comes with it. In the past few years, I’ve tried to position myself as a servant. There is a clear distinction between servant and slave even though the word is used interchangeably.

Many people associate slavery with American slavery in which people were treated as objects. Growing up, I thought a slave was simply someone who didn’t get paid. A slave is an individual who’s forced to work against his/her own will. Sure the other things are true. Slaves are not received any financial compensation, but the biggest thing we can attribute to slavery is the lack of freedom. The lack of free will and the lack of freedom of choice. The many different forms of slavery today including child labor, indentured servitude, and sex trafficking forces people to work against their will.

A servant is someone who voluntarily chooses to serve another person. When it comes to our perception, servants are typically poor and offer his/her services to the wealthy to pay the poor man’s debts. The two would then negotiate the terms of the work and compensation. when it came to our experience with American slavery. Indentured servants were a bit different than slaves. Poor African natives were also shipped to the American colonies. Instead of slavery, they given contracts to work 4-7 years before they were freed by the people who purchased them. That kind of sounds like us, right? Do we not go to members of society that have generated wealth to negotiate how we utilize our skills for compensation?

The Problem with Work

As a black man in America, I’ve found myself conflicted with the traditional practices of work. I don’t think people realize how much influence our slave history has on what we call a job. There’s a reason why other countries have much more holidays and are able to better integrate work with life. It has nothing to do with grind or hustle. There’s a reason why we’re expected to stay at a job for 4-7 years. Being at a place for a year or 2 is somehow badly reflected on the employee looking for a place he/she can belong. In this market, there aren’t a lot of places, especially those that deviate from the norms of the dominant culture. The short stints in my past have been a sore spot for me. There’s a reason why we have a hierarchy. There’s also a reason why we feel obligated to do things at work even when it’s something we don’t want to do. The punishment for nonconformity, disobedience, and insubordination is no longer physical, but mental.

The Difference Between the Slave and the Servant

I choose to be a servant. The reason I choose to be a servant is that I have a choice. Looking back on our history of slavery, you weren’t able to tell the difference between the slave and the servant. If I were being blunt, you still can’t now. The slave and the servant live in the same conditions. The difference is the mentality that each individual lives by.

I want to be a servant because my service and my skills are my essences. Everything is accomplished through obedience when it comes to slavery. Everything is done through obligation. If not obligation, it was to please or to be in the good graces of the master. The only thing a slave can do is comply. As a servant, I have the choice to provide help to those who are in need of my gifts. When it comes to finding work, I really want to make sure that what I’m offering to any company is my service, not my obedience. Sometimes you can tell that the powers that be, don’t care about skill or experience. They will request what they want regardless of your expertise. They just want your obedience. Without even knowing it, we’re becoming slaves even though we get a paycheck every two weeks.

The Cost of Control

I do believe businesses work in the ways of obligation because of fear. Most managers want to be in control. That means that they not only want to control the work but control the people as well to control the results. The fear of failure does not give people the space and the autonomy to do good work. The employee can only do the work that the manager has experience with. It makes it hard for the employee to serve in their own unique way when they are not only told what to do but how to do it.

It’s truly been a hard endeavor to break away from compliance and work in a way that I have the freedom of choice. Not to say that I’m plugging from the Matrix, but the pain they felt when cable was taken out of their necks… that’s kind of how it feels. The truth is, I want to help people. I want to be able to show my empathy and put that into action, by giving away the experience I have to make the people around me better. I want to see people succeed, be happy, and thrive. None of this is possible when it’s forced Work isn’t fulfilling if we only do what we’re told. A relationship is not a relationship if we’re forced to get along. Love isn’t love if it’s created through obligation.