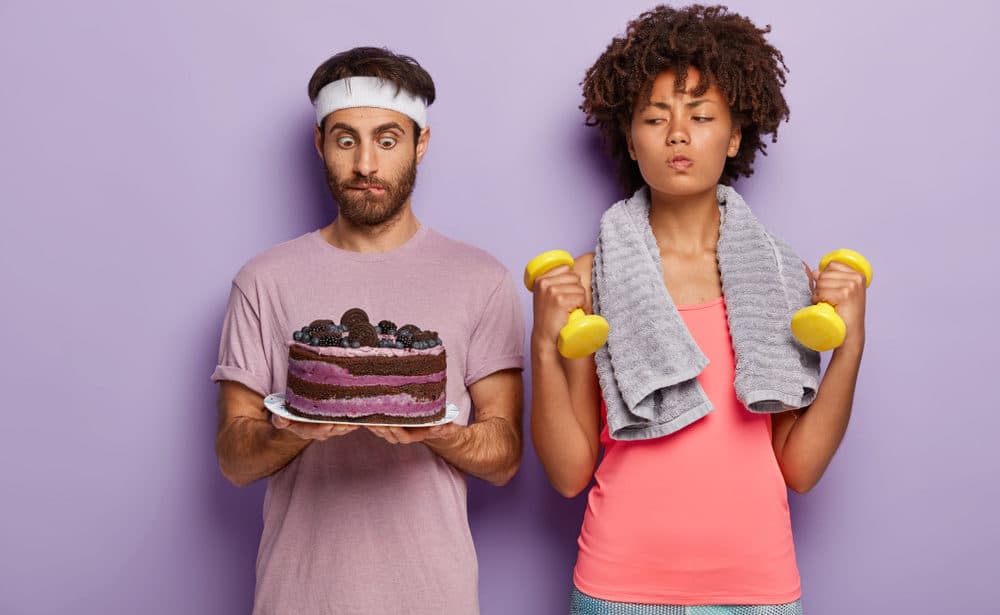 If you didn’t know, there’s this theory called ego-depletion. Ego-depletion is the idea that willpower is connected to the limited reserve of mental energy that we all have. The more we use willpower, the less mental capacity we have to use willpower. The best example of this is probably when I first started working out. I worked out late at night, after all of the responsibilities that I had at work. Working out at night caused me to get hungry, so the best option for me was to go to the nearest Carl’s Jr. Yeah, probably not the smartest decision.

Let’s Start at the Beginning

The idea that willpower was some type of currency that gets spent as you go through the day caught steam in the late 1990s with a study conducted by psychologist Roy Baumeister and his colleagues at Case Western Reserve University.

In the study, the researchers asked the participants to wait in a room that had two plates of food. One plate had freshly baked cookies, while the other plate had radishes. Each person was allowed to eat from one plate, but not the other. The idea here was that the people who were only allowed to eat the radishes would have to expend a lot of willpower to not eat the cookies.

To intensify the brain usage, the researchers gave the participants a puzzle designed to be impossible to finish. They were looking to see how long it would take for the participants to give up and if the people in the radish group would give up sooner. That’s exactly what happened. The people who were allowed to eat the cookies lasted 19 minutes, while those who were deprived of cookies only lasted 8 minutes. The study concluded that the radish eaters’ ego was depleted.

There was plenty of doubt with the ego depletion theory. A study published in the Perspectives on Psychological Science used  Baumeister-approved experiments, but couldn’t find any evidence of ego depletion. Two other studies published in PLOS ONE came to the same conclusion. Evan Carter, at the University of Miami discovered that the original study showed a publication bias in which studies that produced contradictory results weren’t sited.

You Limit Your Willpower

It makes sense that with energy comes better decisions, but is ego depletion the reason? The answer is still maybe. Stanford psychologist Carol Dweck and her colleagues concluded that ego depletion only occurred in subjects who believe that willpower was a scarce resource in a study published in the Proceedings of the National Academy of Sciences journal. Those who felt as though they had an abundance of willpower did not see ego depletion.

Ego depletion is caused by self defeating thoughts. The narrative of ego depletion is actually detrimental because the belief in the theory because it gives believers a reason to quit when they could keep going.

How to Think About Willpower

Baumeister is determined to show us that ego depletion is real, but his persistence is probably not helping his cause. This study was created just to give reason to why we do what we shouldn’t do. Why we watch Netflix when we should be going on a run. Why we watch YouTube instead of doing that report. Instead of making the excuse that our willpower is a gas tank that could run on empty, we should be comfortable with the idea that we are human beings. Humans that aren’t perfect and should be cut some slack every now and then.

Professor Michael Inzlicht sees willpower as an emotion. Something that ebbs and flows with our feelings. If we see willpower as an emotion and not a gas tank, we can start to utilize it like one. As we mature, we learn to persevere through situations that make us angry or sad. Why can’t the same be said for willpower? When we’re trying to complete what seems to be an insurmountable task, it’s good to know that a lack of motivation is temporary just like any mood.

Willpower as an Emotion

Willpower has always been used as a way to force ourselves to do things we don’t want to do. What if, instead, we used it as a barometer of knowing what we should and shouldn’t be doing based on our emotions. I like reading books, but there some books that I’m just not into. If I’m reading and I’m constantly distracted from the book, I know that this book isn’t right for me. I’m not going to force myself to keep going. Willpower is not even questioned when we do something we like. Time flies while we are in our flow state, doing the things we love.

We tend to give up on tasks that aren’t engaging. This is why people gave up on the impossible puzzle at the beginning of our journey. THe same thing can be said for meaningless, thoughtless tasks that we do at work. People want purpose. We can power through the tasks that we don’t like to do, but we’d be cheating ourselves if never pay attention to the feelings we receive when we continually do it.

Treating willpower as an emotion allows us to find new paths in which we don’t always do the things we don’t want to do.