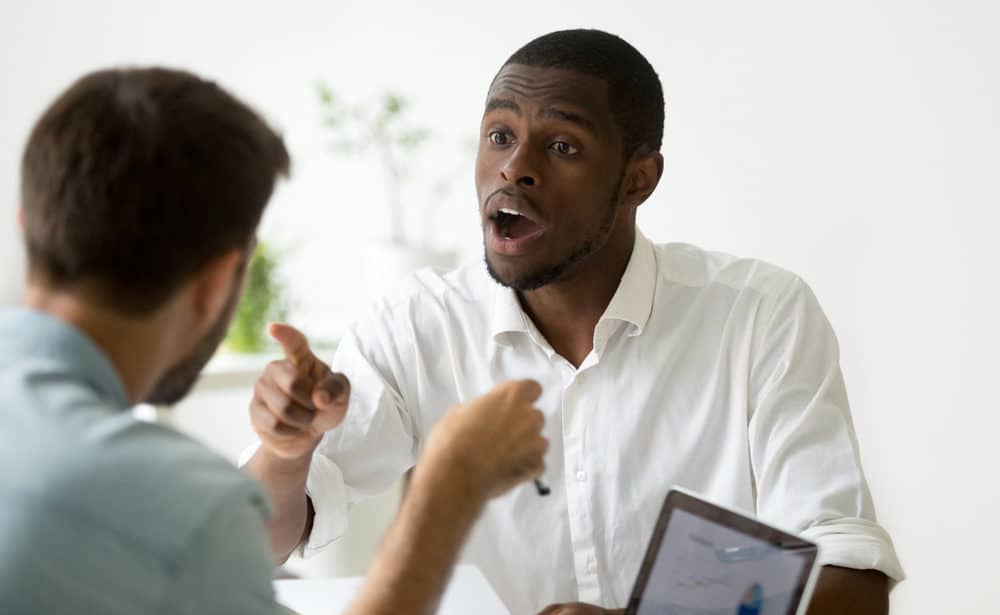 I have come to terms that I probably think differently than some people (maybe most people). When I have a point of view that I wish to portray, I know it can be hard to express it, especially if the other party doesn’t agree with what I have to say. This sometimes leads into an argument of me trying to be right, while the other person is also stating the case of why he/she is right. The more I get into the discussions, the more I start to realize that arguing is pointless.

Think of the last time you were in an argument. You pretend to listen to what the other person has to say, waiting for the opportunity to rebuttal. You don’t truly listen. You’re just waiting to find the weakness in the other person’s argument to then use it against him/her. Maybe the person debunks a position that you have, so you’re just thinking of new counter arguments while he/she talks. There could be the chance where the argument becomes personal, and you’re no longer attacking the issue, but attacking the person.

There may be the case where the argument does hold merit and both listen to each other in fair manner. Does that mean you’re going to change your mind about the subject? Probably not. It’s more of a mental note to do your own further digging into the issue to see if the opposing argument holds weight, or to find new information to prove the other person wrong.

Arguments happens in all stages of life. You could be arguing with a coworker, or a significant other. In our current political climate, people have debates about their philosophies around politics all the time. We argue about what music is good, what religion is correct, who will be voted off the newest reality show.

Just thinking about all the arguments you’ve been a part of. More times than not, people leave the debate with the notion that they are still correct. Sometimes this sense of correctness is stronger after such debate. The only real outcome that comes out of arguing is that each stance is solidified. The exact opposite effect that you wanted before the argument began. So what’s the point?

Realizing that arguing is a complete waste of time and detrimental to relationships if it goes too far, I’ve been trying to resist the urge to argue. If I feel strongly about a subject, it’s probably a good time to contemplate my position before I have anything to say. That means I also can’t get baited into having an argument either. I’m pretty opinionated, but now I share my opinion and that’s it. I don’t want to argue if someone has a different stance than I because it gets us nowhere.

Listening Instead of Arguing

If you are pulled into an argument and see that it’s going nowhere, the best thing you can do is just listen. All you have to do is acknowledge the person’s point of view. If you have questions, ask them. Not in an effort to offer a counter, but to understand the perspective better. When listening is involved, people start to open up. They don’t feel like they are being attacked, and won’t have to have their guards up while talking to you. When they are finish, thank them for their perspective. This is a good time to either change the subject, or walk away.

by Puneeton August 26, 2018
Myjestik
We use cookies to ensure that we give you the best experience on our website. If you continue to use this site we will assume that you are happy with it.OkPrivacy policy