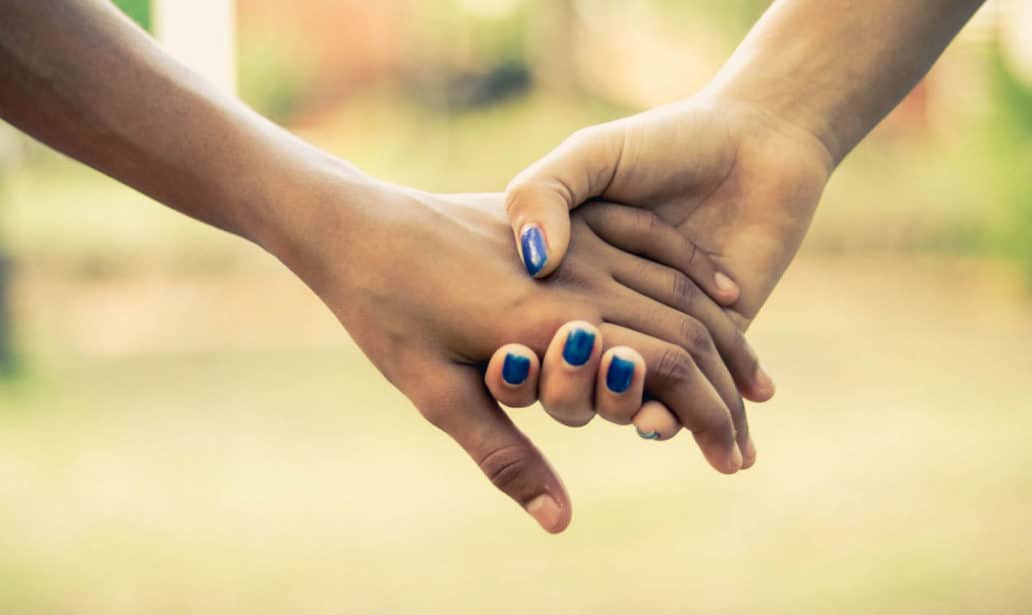 According to a study, holding a hand while your partner is going through pain can help them feel better. When lovers touch the breath and heartbeat sync and the feeling of discomfort starts to decrease. Researchers in the study tested the healing power of touch by asking women in relationship be subjected to pain. They found that if the couple was allowed to hold hands, the women felt less pain than those who didn’t. Scientists believe that the touch of a loved one activates a part of the brain called the anterior cingulate cortex. It is associated with pain, empathy, and heart function.

This study is just one of the experiments in the research of what is called interpersonal synchronization. Interpersonal synchronization is the phenomenon in which individuals mirror the people that they are with. An example of this could be matching another person’s pace while walking. Other studies show that heart rates and respiratory rhythms synchronize when watching an emotional movie, or singing together.

The study featuring couples was the first to look at interpersonal synchronization in the sense of pain and touch. “It appears that pain totally interrupts this interpersonal synchronization between couples,” Dr Pavel Goldstein says. When there is touch, it returns. Goldstein also says that the more empathetic the partner is, the more the pain tends to go away with touch.