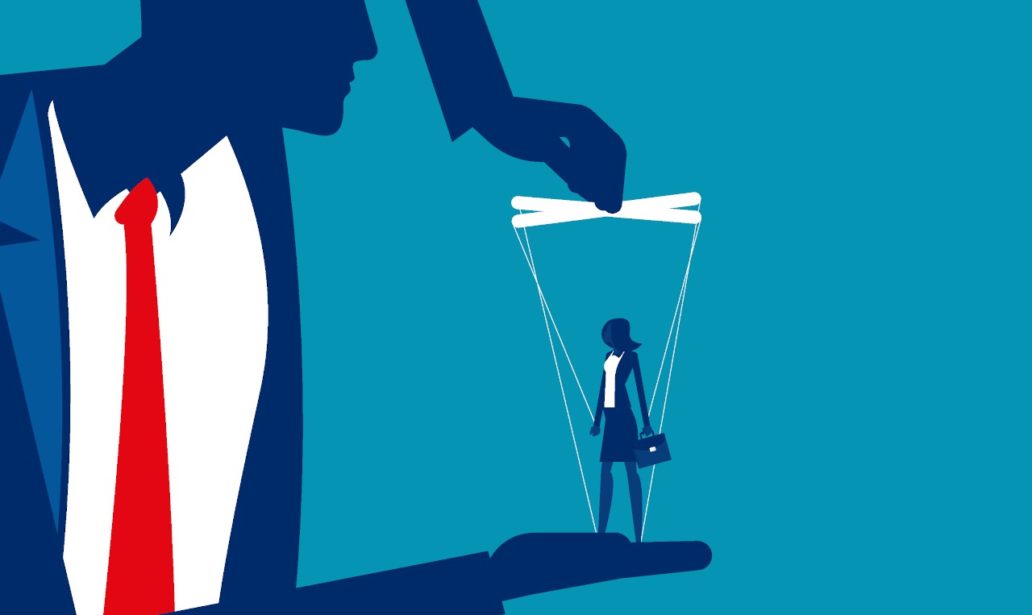 You may think this manager is getting things done but there are long term implications to manipulation you may not know about.

Workplace manipulation is something that is seen as acceptable because we’ve given it the code word of office politics. There is someone in the office that manipulator that try to control how, when, and what you work on. These people tend to be promoted within the the workplace because market themselves as a go-getter who gets things done, regardless of the abuse that they inflict and it’s longer term implications.

Sorry if this article seems to be female heavy. With my experience, I’ve seen manipulation happen to women (especially women of color) more times that it happens to men. Being a male, I want to reassure women that their experiences are legit. I feel it in my own experience. When the people above can’t help, there are a few things you can do to keep level headed.

Spot Out the Manipulation Early

The relationship with a manipulator starts with a honeymoon phase. This is not to say that you shouldn’t be close with anyone, but you have to identify whether the person is trying to have a genuine relationship with you or if they are just getting close to you just to know how much they can get out of you. These manipulators prey on the weak. It’s easy for them to know the difference between people who are able to stand on their own as opposed to someone who is willing to please, or easy to shame.

There’s a saying, “If someone shows you who they are, believe them.” If you are best friends with someone, but others have a different opinion about that person, it’s probably best to do some investigation. It’s good to note if someone treats you with favoritism, but also makes subtle jabs at your expense, has nothing negative to say when they talk about you to others, or makes you do something you don’t necessarily want to do so you can stay in their good graces.

It’s one thing to be a supporter, but then negate every idea, or opinion that a person has. Most people in higher positions does this entry level employees to defeat their spirit. The new employee might have ideas that may have never been thought of. The idea might not even work at the moment, but there’s no harm trying. The person in authority would usually meet the new employee with criticism. At first the criticism seems constructive as it “course corrects” the new naive new employee. As the criticism continues, the new employee will begin to doubt their own instincts to only become the colleague’s sidekick rather champing their own ideas.

Don’t Be Afraid of Confrontation

If you see something occuring, even if it’s not directly affecting you, don’t be afraid to speak up. It doesn’t have be direct. If you’re in a meeting and a colleague is constantly rattling off negative comments under their breath, be the one to stop the meeting to see if this manipulator has something to say to the rest of the attendees.

Let’s normalize truthful conversations. I am allowed to say to anyone that I’m not going to keep their secrets as an employee. There will be time where the manipulative employee is going to have secret conversations to treat you like a confidant and the only person who understands. Don’t take the deception with flattery. Find out why you’re being told something that seems secretive. What is the intent in this person telling you something that shouldn’t get out to the mass population? What are you to do with this information?

For example, manager might project the feelings they have of a fellow colleague to you. They do this without actually talking to the person. They are essentially hiding by you in order to not being radically candor with the person who needs the direction. Don’t gossip behind someone’s back. Instead offer to set up a meeting where this manager can give their opinion to the colleague. From there they can work on solutions.

If you’re in a lower position than the manipulator, try the things mentioned above. If you’re in a senior position, and you see the people who report to you perform manipulative actions, the best thing you can do is call them out. Have a constructive behavioral feedback until this manager shapes up, or leaves the company. You may think this manager is getting things done. In consequence, there are long term implications to manipulation you may not know about.