When arguing with another person, every rebuttal can feel like sweet revenge. It’s definitely the case when you feel passionate about a subject, and another person has the audacity to try to prove you wrong. It feels like you were wronged and the natural response is to fight back. Almost like we’re entitled to reply. Entitled to revenge.

This causes us to get louder in an argument, but is that at all helpful? Reflect on the last time you got into an argument and got loud as a result. Did you feel better after the argument was finished? Nine times out of 10, the answer to that is no. More times than not, we hit the other party with a haymaker of a response to later feel like an idiot because how you conducted yourself. In truth, we weren’t ourselves while we we were arguing. Some of us let go of values or our blindsided by anger to see the bigger picture.

The crazy thing we believe is that we can convince others by just being louder. As if to say, “If they can hear me, they can understand me.” If they still don’t understand, just raise your voice louder.

If you read my post on why arguing is pointless (or if you’ve come to the conclusion on your own), you’d know that we really have no control over how people think and perceive different subjects. Continuously arguing is exhausting and puts stress on ourselves, rather than do what we think it’s doing. Retaliating with a boisterous rebuttal doesn’t change this fact. The only thing that being loud confirms is that… well we’re noisy. Everything we’re saying is just a bunch of noise.

So… What Are You Going to Do?

You may be asking, “How must you act if someone is being immoral towards you?” I would first start by saying any bad attitude that a person is projecting onto you has nothing to do with you, and everything to do with them. When is belligerent towards you, they are projecting their insecurities from events and people of their own life. What do you think you’re doing if you do he same thing?

This is why we finally get to the title of the post. Confidence is quiet. Insecurity is loud. Next time you find yourself in an argument, are you going to be confident and step aside, knowing that arguing will get you nowhere, or will you start to raise your voice? The unexpected move is to move to the side, bringing you relief that you were not baited into an unwinnable fight. 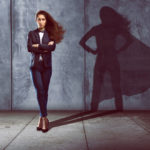 How to Build Self Confidence 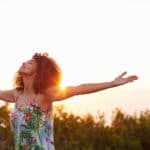 Confidence Doesn’t Come from Looks, it Comes from Within 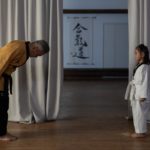