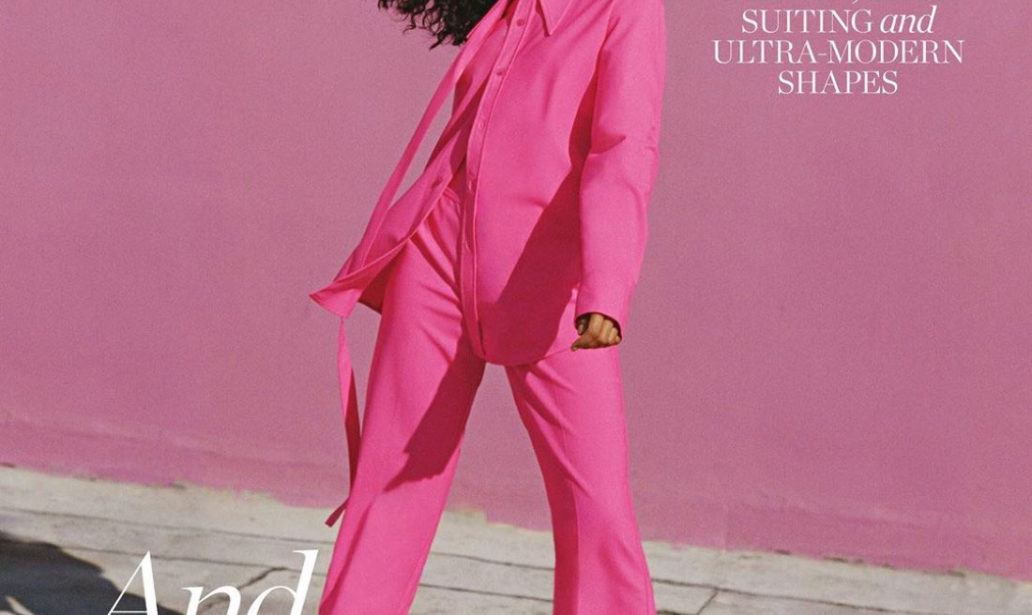 I love Tessa Thompson. She’s one of my favorite actresses and has been involved in some of my favorite films. This time we see her modeling in the the August issue of Porter Magazine that was shot by Shaniqwa Jarvis. In her interview, Tessa talks about a few topics including Black Lives Matter, her new project that focuses on black love, and her ideal of fashion.

On Being an Agent of Change

“I don’t think any artist necessarily has a responsibility to try being an agent of change. But, for me, it’s always been something that feels compelling. And if there’s a risk in speaking up, it’s always felt worth it. I’m just continuing to try to learn how to show up in those spaces and to pass the mic to folks who know a lot more than me.”

On the Fear of Losing Her Job Because of Activism

“Anyone who wouldn’t want to work with me because I’m a person at this time fighting [that] the value and dignity of Black lives need to be protected… I really don’t want to work with them. It’s my life and it’s important that my core values line up with my creative ecosystem.”

“I have always envied the actors I see on set that are totally thinking about what their single contribution is. While I’m always trying to operate from the space of my character, plus I’m also really conscious of my surroundings and the set. I have to think of everything in the totality of the story.”

On Showing Black Love in Media

“To make a film that centers around two Black people falling in love felt really impactful to me. I think even in these moments of peril and pain, it shows we’re still having dinner, we’re still celebrating, we’re still singing songs, we’re still making love and doing all the other things that we do as humans to sustain us.”

On Hollywood and Fashion

“There’s this thing in Hollywood, particularly if you’re a woman, that puts so much emphasis on how you look. It’s problematic, as you’ll be asked who you’re wearing before you’re asked about your work.”