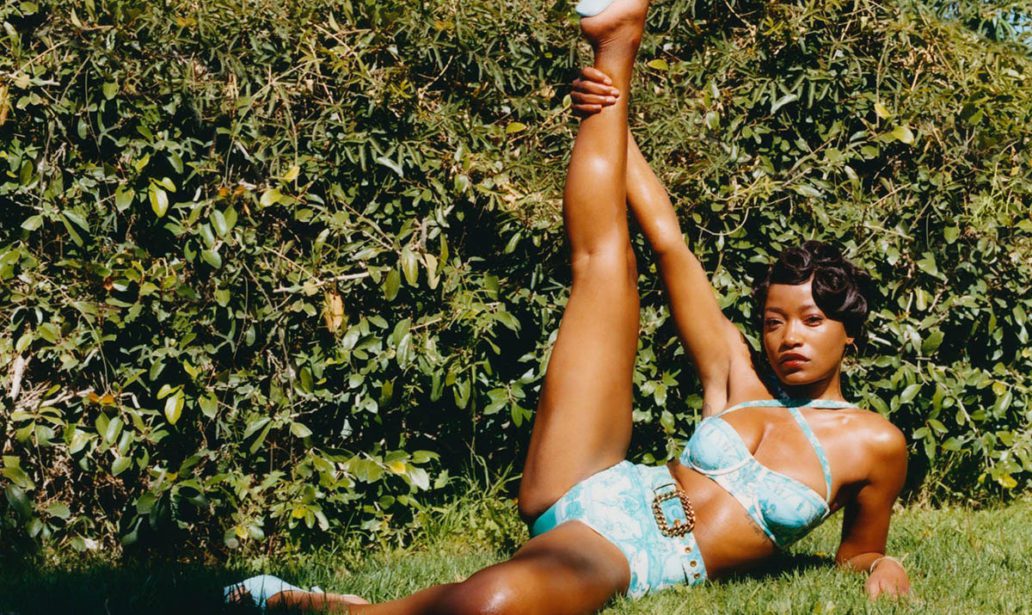 Keke Palmer is all grown up. She’s been grown for a long time now, but I don’t think we’ve seen as much as we did when she was a child star. I do like the grown up look. She looks very comfortable in her sensual styles for the cover of InStyle. In her interview with InStyle Magazine, Keke talks about being herself, her struggle with acne, and being in service of others. Photos were taken by Quil Lemons

“I’d rather be loved or hated for being myself than for being somebody I’m not. If people don’t like that I tell it like it is, then they should at least be able to respect me for being real. I got tired of trying to be who everybody wanted me to be. There’s always going to be something that people hate me for, whether it’s wanting me to not be Black, or a woman, or tall, or short, or skinny, or thick. Other people might love me for it, but I don’t want to constantly change who I am for outside validation. That just sounds like hell.”

Her struggle with acne

“I was constantly hiding myself and felt shame about having acne. Wearing makeup became a chore because I always had to be ‘on’ wherever I went in case a fan asked me to take a picture; I didn’t have the proper boundaries to say no. So instead of getting to the bottom of my acne and trying to understand it, I was covering it up, trying to be perfect. But you’re never going to get to the nitty-gritty of something when you do a lot of covering up.”

How a movie changed her outlook

“The movie (Alice) is so much about standing up for your freedom, and that activated something deep in me. I started questioning what I could do for myself instead of just popping a birth-control pill to try to control my acne. I wanted to bring the same energy and confidence to my skin that I had already brought to my natural hair when, after it was changed by weaves and wigs, I learned how to protect it.”

Being in service of others

“I feel most beautiful when I’m being kind and of service to others. As females, we need to advocate for ourselves, because everything [in society] is kind of a rule-of-thumb by males. But it shouldn’t be weird for us to talk about our health issues or demand what we need when we go to the doctor. We make it weird, but it’s not really weird — and the more that we talk about it, the less of an issue it will become.”

“All an entertainer really wants is to cater to their audience, but you subject yourself to so much craziness when you solely engage on social media. A lot of people want to get in your force field, and you have to find ways to maintain privacy. I know young girls are looking at my page, and I keep it real with them — but that doesn’t mean I’m going to overexpose my personal life. And when I’m talking personal, it’s like, who you slept with last night. You ain’t got to share that! My love life is a very big line that I won’t cross.”

“I’m happy to be alone just vibing with myself. The only person you’ll always have is you, so you really have to be kind to that person. During a recent Peloton class, I went so hard that by the end I was hugging myself like, ‘Girl, you’re amazing.’ “

“I started with Disney when I was 10 years old, and I’ve worked my way up. I’m ready to usher in a new generation of creative talent coming up behind me, especially from lower income communities. I don’t run from my past, and I’m not ashamed that I came from poverty. I want other people to know they’re beautiful not in spite of, but because of, where they come from. It’s not about changing who you are to step through the doors; it’s about being who you are when you get there.”

“I always hope what I say comes out right, and sometimes I worry that it won’t. When I was working with BET to produce a special about [the death of] Mike Brown in Ferguson [Mo.], I said something the wrong way and people online were saying I didn’t care about Black people and they called me an Uncle Tom. That was devastating, because I’ve dedicated my entire career to being thoughtful of representation when it comes to the Black-American community and bringing these issues to light. We live in a culture where people are always trying to cancel folks, though, and there’s a lot of negativity. People can think what they want, but at the end of the day, I know where my heart is.”