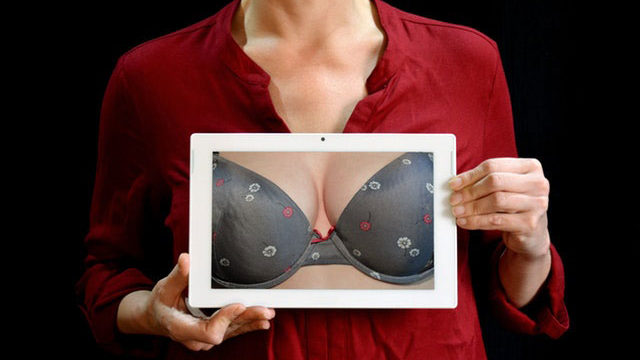 Changing body shape is almost becoming a fashion trend among young women between the ages of 25 to 30 years with breast enlargement being the most conventional.  Altering the size and shape of their body boosts their self-esteem due to improved physical appearance.

Fat is removed from another part of the candidates’ body which has a lot of fat cells (this could be thighs, hips or the abdomen) through a process called liposuction. The fat cells are then injected into the breast after preparation and refinement.

The procedure improves the breasts’ fullness giving them a curvier look. Below is an image showing before and after picture of candidates who underwent the procedure.

Implants come in two types. Choosing the type to use depends on the candidate’s medical history, body shape and their goals aesthetic goals.

These are implants filled with sterile salt water. They are prefilled at a size that is predetermined or filled during the surgery to allowing for modifications. The implants appear firmer and unnatural and are heavy due to gravity. These have a high possibility of ripple and wrinkle. In case of rapture, the salty water is safely absorbed.

These are implants filled with a soft and elastic gel. They are available in different sizes and shapes since they are prefilled. There is no room for adjustment during surgery.  Their softness makes them have a natural appearance. They are light and less prone to wrinkle and ripple. In case of rapture, another surgical procedure will be required to remove the silicone.

If you plan to have breast implants, you should know the costs that are associated with the procedure. According to statistics collected by the American society of Plastic Surgeons in the year 2017, the cost of breast augmentation averaged at $3,718. This was projected to rise as the demand for the procedure went up.

However price for the surgery varies depending on the following factors;

Price of the implants to be used

Silicone implants are more expensive than saline implants because of the process of preparing them. The gel holds them together uniformly giving them a more natural look.

Expenses of the surgery

That is anaesthesia and any other medication used for the procedure and post-surgery prescription.

This also a determinant of the cost sine cities where demand for Breast Augmentation is high, cost of the procedure will be high.

Different surgeons charge different fees depending on their experience.

Bear in mind that the procedure is cosmetic therefor insurance does not cover the procedure so the cost will be purely on you. However, there are plastic surgeons that offer patient financing plans allowing you to cut down the surgery’s initial cost and make payments that are within your budget.

Side Effects of Breast Implants

This is the hardening of the chest area around the implants. It happens on the tissues surrounding either one or both implants. The tissue hardens causing a lot of pain.

Grades 3 and 4 are severe to the extent of requiring a reoperation or removal of the implant.

Breast at stage 4 may look as shown below.

Implants are not meant to stay in the body for a life time. Reoperation may be necessitated by either the need to correct any of the local complications or improve appearance of the breasts

Removal of the implants is one type of reoperation. This may or may not involve replacement of the implants. Over a period of 8 to 10 years the implants need to be replaced. In the event they are not replaced, the natural breasts will start dimpling, sagging or puckering.

This occurs when the outer shell of the implant tears. The implant deflates. In the case of Saline implants, the salt water leaks from the shell and is absorbed by the body. In the case of silicone implants the gel remains in the shell or in the scar tissue that forms around the implant. It is advisable to replace the implants or have them removed.  Below is an image of deflated breast after rapture.

Breast Augmentation might not only cost you an arm and a leg but your health too.