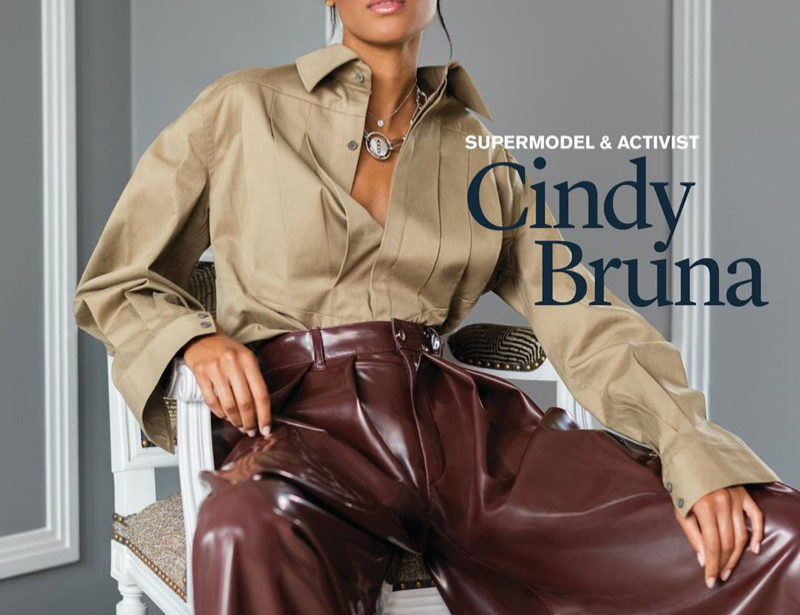 It’s hard to model in a world of social distancing, but Cindy Bruna pulls it off for FASHION Magazine. In the September 2020 issue, Cindy talks about her accomplishments in fashion, her perspective as a mixed race model, and her role in fighting against domestic violence against women.

“I’m very proud of the whole process. When I first started, I was full of doubt. I was scared. I didn’t know that I would have to leave my family to go to Paris and then New York. I didn’t speak English. All of that could have stopped me, but I was like, ‘You know what? Just go for it.’”

“You are constantly judged, compared and not chosen, which can be difficult. I have cried many times about this. Sometimes it just doesn’t work out. You’re not what they’re looking for, and that’s OK. Don’t change. Be yourself. The right job will come.”

Because You’re Worth It

“It’s really a slogan that talks to everybody. In my job, it’s all about embracing you and being proud of yourself. Everybody is special. We all have value.”

On Being Mixed Race

“I feel like it’s really a strength to have both cultures that I can learn from and grow from. My mom raised me with African values around family and sharing how the world can be difficult for people of colour. I grew up eating African dishes and listening to African music. I share so much of my dad’s respect for others and for nature. I feel like I gained so much from both of them.”

On the Inclusion of More Faces of Color

“To have been the first woman of colour to work on a Calvin Klein exclusive back in 2012 just made me realize how much we have to push to bring change to the industry. Yes, things have evolved since then, but we can still do more. It’s also about walking on-set and seeing people behind the scenes, like stylists and photographers, of different backgrounds.”

On Domestic Violence Against Women

“One woman is killed every three days in France. It’s a crisis that’s happening all over the world, and I really think that we can be part of the solution. It took me at least a year to really understand just how diverse domestic abuse is: The violence happens in so many forms. I didn’t even talk about Solidarité Femmes on social media or anything at first. I was just visiting shelters in Paris, talking to women and learning about what the associations were doing. L’Oréal Paris has always encouraged women to live according to their own rules, but street harassment goes against that. I feel like Stand Up can help people know how to react if they see or experience harassment. It really invites women and men to learn. It’s about educating people—myself included.”